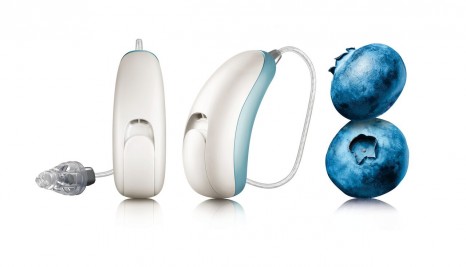 Unitron has just announced the release of a brand new addition to their hearing aid line up called the Moxi™ Now. It will be introduced in the UK and Ireland from mid October and it is the world’s smallest wireless receiver-in-the-canal (RIC) hearing aid ever made.

The Moxi Now hearing device is the latest addition to Unitron’s line up of Moxi RIC hearing devices and will be launched as part of the North Platform. However, it is only to be available in the Pro, 800, 700 and 600 hearing technology levels. While the device is small, it is actually quite powerful, it can be fitted with a  choice of two levels of receiver which will make them suitable for hearing losses up to severe.Now that is a lot of power in a really small package.

As you can see from the picture above, the Moxi Now really is very small. According to Unitron, Moxi Now measures just 20.2mm tall and 6.5mm wide. That is an impressive 39% smaller than their own next smallest RIC, and 14% smaller than their next closest competitor. While small, it delivers comfort, discretion, power and most importantly, functionality.

It's ergonomic shape ensures that it lies well on the back of the ear which makes it even more discrete. It is so light and comfortable that after a couple of minutes it is easy to forget that it is on entirely. Unitron say that both the shape of the receiver wire and the device will mean that even though they devices are light they will stay on well.

The new device was designed to offer complete discretion and ease of use. It is a fully automatic wireless hearing instrument designed to appeal to people who just want to put their hearing aid on and forget it. The receiver wire hugs the face well and is quite difficult to see and the size of the device ensures it is almost invisible. The aid body sits very well on the back of the ear and even with short hair you would have to be looking for it to notice. If you are looking for a powerful but discreet option, then this might be the device for you.

Looking For A Comprehensive Hearing Care Service With Clear Pricing?